PANDEMIC GRIEF AND THINGS THAT I FORGET

[This post courtesy of Keith Eaton, @Midcoaster, who first became obsessed with music when, in 1979, he sat in a darkened theater and watched Apocalypse Now. Nothing was ever quite the same after that opening sequence.]

A few weeks ago, it took everything I had in me to change my clothes and head to the elliptical for a run. Low clouds hung like gray gauze, and a drizzle was ruining the fresh snow. Such is the winter norm now on the New England coast. Classes were quiet, masks burying facial expressions. I muddled through the day and then dragged myself to the gym. Victory!

Some days, this is really difficult. After having had COVID following the New Year, getting back into this running routine has been even harder. The annoying bouts of asthma had become chronic, and the 'rona fatigue of which they speak is real. Plus, after these past two COVID school years focused on the day to day while being denied various annual benchmarks, I've had a difficult time mustering enthusiasm. It was a familiar feeling, too. Depression? Nah. Teacher burnout? Maybe. What about grief?

That word, grief, stuck in my craw as I randomly selected music from my iPod. Music wasn't even something I was "looking forward to"; this is just part of the running routine. Right? The iPod roulette landed on 10/20/21 Eugene's "Ruby Waves". It was a great choice. Trey's simple mortality lyrics, uniquely his own, produce a clear vision of his soul's travels after death. Our soul-spark becomes pinball energy and is reabsorbed into the whole, an "ocean of love."

The jam (much discussed) brought me into a serene space where body mechanics and conscious breathing fell away, and I was left to simply flow. That's when it came to me: grief. Since March of 2021, I have lost five people who were closely connected to me in one way or another. Three were friends from my incoming freshman class in college. I met them in the fall of 1985, and there was a large group of us who glommed onto one another, sharing a love of the Grateful Dead, punk, activism, and misfit culture. In many ways, our cheap beer and brick weed Frisbee lounge shenanigans seem like yesterday.

Little did we know that friendships seeded then would last a lifetime. 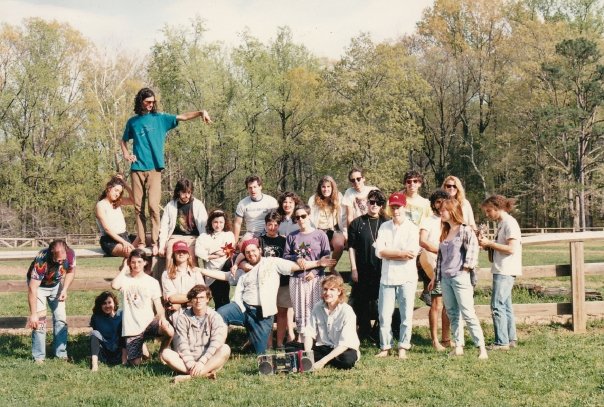