RULES:
1) Each participant gets one guess per day, with the next day beginning at midnight ET (certain rounds may provide hints if needed, but regardless of hints posted, each participant gets one guess per calendar day). All answers must be submitted (along with your .net @username) to [email protected] – do not post guesses or hints, joking or serious, in the comments section of the Blog – guesses posted to the Blog will not be accepted and will be deleted (irrespective of correctness), the affected round may be voided and restarted, and the offending user(s) may have their accounts suspended and be banned from future (M)MJM competitions. No sharing or trading of answers is permitted. This is for fun and for charity, but we want the tournament to be eminently fair.

3) Our eleven Mystery Jam Monday Emeritus (7+ time) winners are permitted to participate. In fact, of the eight remaining players, three are MJM Emeriti (including @dbertsch who joined the club this week), alongside two six-time winners and two five-time winners. Talk about a minefield!

NOTE:
Participants are encouraged (but not required) to make a donation to the Mockingbird Foundation – in the first two rounds, we have received exactly one donation (thank you!) to my knowledge, and it didn't even come from a tournament participant. You know what to do folks! 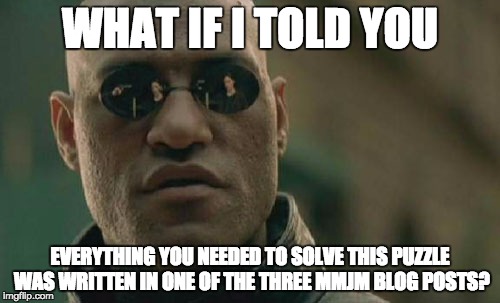 UPDATE: As of 5:17 PM ET on April 3rd, I have received four correct answers: three from MJM Emeriti and one from our only zero-time winner in the tournament (who has come damn close on multiple occasions). For those struggling with the hint, once you see it, it'll become blindingly obvious (this isn't a thought experiment or some clever trick – the information you need is sitting in plain sight). I've already stated the theme for this week's round, and in one of the three MMJM blog posts, there's some information that fits perfectly into this week's theme.

I will provide a more detailed update shortly, but our four finalists (in order) are: @ghostboogie, @bl002e, @dbertsch, and @ChalkDustTeacher. The four clips come from the 7/26/03 Piper, the 11/1/09 Light, the 11/28/92 Tweezer, and the 7/23/97 YEM. As far as the hint goes, the stated theme for this round was "four for four" – while that certainly meant "[a] four [clip MJM] for [determining the] four [finalists]," it had a second meaning: "four [clips] for four [regions represented in Round 2]." Without explanation or further reference, I named the four "Regions" in Round 2 (well, the four regions with numbered seeds in them) after Tweezer, Piper, Light, and YEM, and even italicized them at the time of the hint. Those who caught it first, sped to the finish line (all after the hint!). Congrats to all four finalists, and thanks to the four who didn't make it: you all put up a hell of a battle.

I'm sure you've heard those first two jams too (and probably the third, which isn't what you think it is), but they're just not talked about all the time (despite the amazing sections I've clipped)... this is likely one of those "I'm kicking myself after seeing the answers" MJMs.
Score: 1
2017-04-02 12:38 pm, comment by mcgrupp81

I'm sure you've heard those first two jams too (and probably the third, which isn't what you think it is), but they're just not talked about all the time (despite the amazing sections I've clipped)... this is likely one of those "I'm kicking myself after seeing the answers" MJMs.

Oh, I know it's a kicking yourself version. Good choices. I've heard all the jams and the tour where the 3rd jam occurred seems pretty evident but I can't search for all the BBJ wannabes of that tour.
Score: 2
2017-04-03 5:12 pm, comment by ChalkDustTeacher

I think I'm just about beat. Found one last night but that's it. I'm probably overthinking it.
Had to work all day today and have functions afterwards. Might be able to look again at 11pm? Spot will probably be taken by then.

Unfortunately life prevented me from sitting down with these clips until last night. I didn't get the hint yet so I listened to so many songs throughout 93-94 looking for that 3rd clip. I understood the hint when I sat down today. I could honestly tell right away which songs were which (because Light is only 3.0, Piper is post 3rd clip and I just knew that third clip would be buried in a tweezer somewhere early 90's, finally that last jam just had to be a weird yem). I found Light pretty quickly and was in the middle of the '03 Pipers when I got the email from Pete. Had fun playing and looking forward to next year! And good luck @Chalkdustteacher, I'll be rooting for the underdog for sure!!
Score: 3
2017-04-03 8:24 pm, comment by ChalkDustTeacher

I was wondering how long it would take for ucpete to mention that I have never won an MJM - I am way out of my league here but enjoying it immensely!

The last clip through me waaaaay off. It did not sound like the baby grand to me and before the hint I was checking early David Bowie intros. What a bizarre version of YEM. Bizarre enough that I should have remembered it.
Score: 2
2017-04-03 9:26 pm, comment by ChalkDustTeacher

Definitely pulled a Lloyd Christmas with the hint; "Samsonite, I was way off!" but that's what happens when you are multitasking. That 11/28/92 Tweezer sounded familiar and I am appalled I didn't recognize it since it was one of my favorite early collector days shows due to the solid Mike's Groove. Page is excellent in that show FYI. I remember seeing snippets of the Phish Indio festival in the Phish movie that played in theaters back in June 2010. Makes me wonder if they threw that Piper in there. Can't wait for the Phish DVD deleted scenes MJM. Good luck to the winners and do not take the brown acid before the Finals.
Score: 2
2017-04-03 11:40 pm, comment by PhreePhish

Congrats to the final four!

Before the hint I was checking tons of 2001 and Bowie opening 'space jams.'
(Btw @ucpete, any 'space' jams (no drums) are really hard to find for the most part!)
Misread the hint as usual and looked all through @ucpete's shows again.
(I swear I know them better than you do now and you were there! West coast bias!! J/K)
Found the 11/1/09 Light but that's it.

Big thanks to Pete and congrats to the Final Four. I also over thought the hint. I figured maybe the "four for four" was a reference to Pete's fourth hint in last round's MMJM - shows he attended. I know instinctively that this would only apply to a couple of the songs - the last two just didn't sound like post-99 shows - but away I went searching west coast shows Pete had attended. Found the Light that way. Only when I realized the hint was in reference to the division names did I scramble to find the others. By the time I was halfway there, I was a defeated man, languishing in shame.

This was a ton of fun. Someday I shall conquer my remaining two MJMs and reach Emeritus status. One of the top five items on my bucket list is to host an MJM myself and torture everyone.
Score: 3