SET 1: Cool It Down, Foam, Knuckle Bone Broth Avenue, Dirt, 555 > Gumbo > Backwards Down the Number Line > The Wedge, About to Run, Divided Sky

ENCORE: Nothing > When the Circus Comes, The Oh Kee Pa Ceremony > Suzy Greenberg

Mike teased Do You Feel Like We Do before Dirt. Trey teased Prince Caspian near the end of Egg in a Hole. Piper contained Guy Forget teases and quotes from Page and Manteca teases from Trey. Nothing was last played on January 15, 2017 (158 shows). The Oh Kee Pa Ceremony was last played October 20, 2018 (108 shows). The soundcheck's My Soul had Guy Forget lyrics from Fish.
Show Rating
Overall: 3.713/5 (348 ratings)
Jam Chart Versions
Backwards Down the Number Line, Simple
Teases
Do You Feel Like We Do tease, Guy Forget tease & quote in Piper, Prince Caspian tease in Egg in a Hole
Debut Years (Average: 2001)
Song Distribution 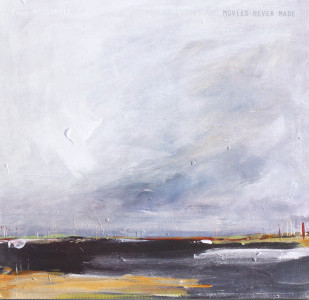 Get More Down by Sci-Fi Soldier 2

Finally pulling out the Knuckle Bone Broth Avenue was already worth the price of admission. A surprisingly smoking 555 and a deep red About to Run were highlights for sure. Still, first set was a set up.

You’re here to see if second set is all that it looks like.

Yes. Everything and more. Wilson was the call of the night for how it amped the crowd and the band First set was a set up. immediately responded with a Simple that just slayed. Listen.

But the real hero was the Caspian->Egg(!!!)->Piper->Caspian. Life affirming and saving stuff, there. Fishman is the show MVP; take a deep listen to his grooves on the Piper jams.

Blaze On was a strangely badass topper and the four song encore with somehow still high energy Suzy kicked the door of doubt off its hinges.

Phishzilla rose from the Wando River and destroyed Charleston on 6/1/2022. A beautiful evening with a Cheshire????. A nice Foam gave us the pheels followed by a boogie down knuckebone broth ave. We got number lined on our way to a Divided Sky where the new Trainwreck amp really showed impressive tone. The Wilson set II opener was ????. I was ready for the Simple jam and it delivered. Caspian, egg na hole and piper kept us on our feets. Most events aren't planned was a highlight. Four song encore! What an atomic fire night in the tennis bowl!
Score: 4
2022-06-02 11:57 am, attached to 2022-06-01

I need to testify!
This second set blew me completely away! It was so coherent and authentic feeling! I am shocked that phish can play a set that damn good and we can all just go on about our business! We are so damn lucky to know about this remarkable practice of getting together and journeying and dancing in this way!

Last night they (and us) were remarkably in the zone. I am so excited and amazed I feel like I just discovered them(even though I did not)!

Thank you phish and fans! So grateful and amazed!

Songy first set with just a few questionable calls but was still really enjoyable. Cool it down opener is the goods. Second set delivered in a big way. Simple is an obvious highlight and goes places. Caspian gets the egg in a hole and is deceptively short on the timestamp. Piper comes strong here, very enjoyable and is runner up or arguably the winner of the night. Encore is full of goods with a mellow start to a rocking finish. Phish is delivering, even on an "average" show by veteran standards. I'm hitting a sweet spot where I am just enjoying every moment with these guys, regardless of flubs, and puzzling setlists. They make it easy when they sound this good. Enjoy every moment, at the end of the day even an "average" phish show is the best night ever if you don't have to get on a plane to get there. The guys are fully original, healthy, still taking risks and trying every night to have fun. Peace and love ya'll
Score: 3
2023-02-01 10:30 am, attached to 2022-06-01

For my second show, I was hoping to be taken right back to the middle of a second set right off the bat. And I learned that the four guys on stage are in total control of the energy, even if it's not nearly fast enough for me. BDTNL was a heater and the Divided Sky was just beautiful.

Lights went down for the second set. Wilson scared the shit out of me. It was my first taste of the engagement the band expects and entices from the crowd. The Dozen Simple was the only Phish song I had heard before attending my first shows, and this gargantuan jam does not disappoint in depth or cohesion. The rest of the second set was well played, but the encore felt like the band had enjoyed their two nights in SC.

Other than the Simple, you’re probably not relistening to this show. 2021 absolutely destroyed these first half 2022 summer shows, and part two of 2022 summer has resurrected the glory of 2021. Charleston is a great town but alas suffered a similarly mediocre series of shows as a tour closer not long ago. Ironically right after the previous tour closer in Alpine featured one of the greatest shows in Phistory. That makes 5 very average shows for Charleston in recent Phistory. I think a lot of us wanted to fluff and feel good about these Charleston shows at the time, but we all knew the reality, this was not top shelf. 2021 was way better, and in all likelihood much better was yet to come. Listen to any show on the back half of 2022 and you have definitive proof. These two were forgetters, which is a bummer because Charleston kicks ass.
Score: -2
2022-06-03 1:57 am, attached to 2022-06-01

Not a single show thus far has reached even 4 out of 5 star status are they old geasers now? is the greasy fasick finally true? Do they only love money and their immediate family like the rest of us and the idea of friends has just been a charade?? probably but i want to believe that at least music is real for phish and energy is real to them even when old I know they do not believe in Jesus Christ or being REBORN in the Spirit they only believe in 2 parts of the 3 part human body the SOUL (Personality) and the BODY (the flesh and bones and brain and wiring) But then we are just animals and that shitty song we are just nothing but mammals so lets do it like they do on the discovery channel is true and it is just sex and shitty jokes like Sci Fi Soldier and Kasvot bullshit if gags are all that make life worth living then i need a gun very soon to end this all because Crazy Sometimes and Sanity are not just songs they are life ANTHEMS for Existential creatures likes Trey who do not believe in life eternal but think that this is really all there is and then still sing songs like MORE which their fans hate but I love LYRICALLY if nothing else and as an encore it is gold it makes perfect Show of Life sense to me i get them so much of the time but then they make songs like Blaze On Friends Lifeboy Bug DDHVL and basically the entire Kasvot album minus the tune Passing Through which is gold and genius I hope they wake the fuck up from being on the Covid Lonely Trip and either get to Rock and Roll half lies at least or get better at faking FLOW ENERGY lack of anxiety First night of nerves Torn and Frayed bullshit and realize that we are paying 100 bucks to see you not to mention we voted for Biden to fuck us in the Gas 5 dollar a gallon ass? to see you we love you we just want to know you care and want it to be cool and make it worth our TRIP sober or on acid or shrooms or molly whatever just help us have fun and forget our problems one night is that too much to ask from Greedy Spoiled YUPPY hippy rockstars Jesus !!!! he did leave Chicago just to see you after all you duche bags
Score: -9