Trey, Mike, Fish, and Jeff Holdsworth recall being billed as “Blackwood Convention” for this show (though no one is certain what band name was used), which is believed to be their first public gig together. The band was short on equipment, so a hockey stick was used as a microphone stand. Between sets, the DJ spun some Michael Jackson and Trey drummed along to the album. The house music (which included more Michael Jackson) was presumably turned up after Fire to drown out the band. The setlist may be incomplete, though, as the master recording contains nothing after Trey’s sarcastic comments about Michael Jackson following Fire on the Mountain. All songs were, of course, Phish debuts. Back in Black was teased before Scarlet Begonias. While this show is often billed as an ROTC Halloween Dance that took place on October 30, 1983, this is incorrect. The master copy of the recording of this show, as unearthed by Phish archivist Kevin Shapiro, contains a handwritten note that pegs the date as December 2, 1983. In discussions with Kevin, band members confirmed that they recall rehearsing for this show over the Thanksgiving Break, and that the show was a Christmas semi-formal. Also, it was not an ROTC-sponsored event; it was a dorm dance in a predominantly ROTC dorm (Mike’s dorm at the time). 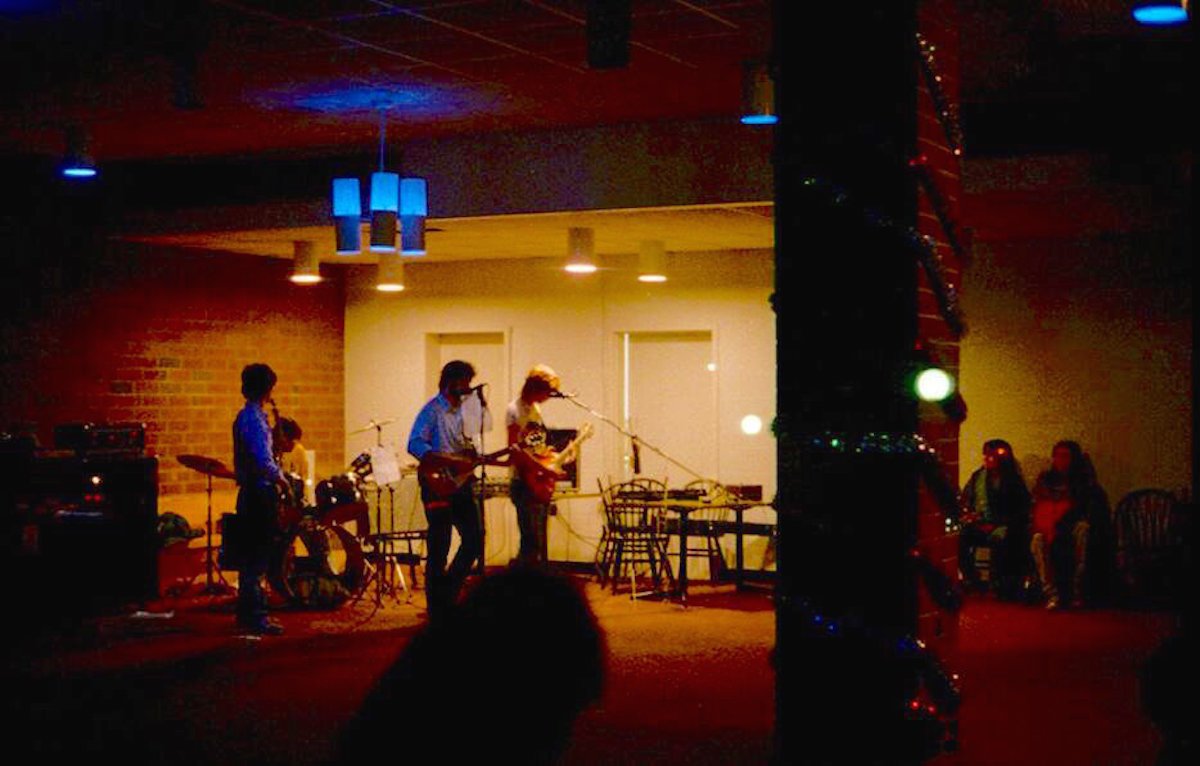 While I certainly wasn't at this show, I found the "Scarlet Begonias>Fire on the Mountain" show closer on Grooveshark the other day. There is some great banter with the crowd at the beginning of "Scarlet" where a girl is heard talking to someone in the band (presumably Jeff, as it doesn't sound like Trey), asking what they are playing next. She clearly has never heard of Scarlet, as they repeat the song name to her at least three times. She then asks "Do you guys know any slow songs at all, even one?! Play something we can dance to!" Trey noodles a little "Back in Black" to drown her out, then says in an exasperated tone "This is by request!" before launching into Scarlet. A great piece of Phistory to listen to!
Score: 27
2014-01-17 6:36 pm, attached to 1983-12-02

This is a must listen for anyone (i.e. ANYONE) who is thinking about starting there own band. It is great to hear the original lineup and think about how far they will go. I attended the MSG 13 run and it is wonderful to experience that and go back and listen to the beginning. There is so much promise…Mike has a nice groove going already…MUST LISTEN!
Score: 7
2017-10-04 11:47 am, attached to 1983-12-02

I agree with AYBESEA.... I, too was in a couple college bands and hearing this show brings me back to those days. It's kind of cool to think that at one point, what would become my favorite band, Phish, didn't sound much different than the bands I was in while in school. We all know the rest of the story, but for any true Phish phan, this is a really cool piece of Phishtory to check out! I love Trey drowning out the chick yelling to play "something they can dance to." HAHAHA!!
Score: 1
2017-06-13 6:07 pm, attached to 1983-12-02

Well... this show is a hoot! I don't quite know any other way to say it.

I played in about a dozen bands during college [I'm the same age as Trey], and most of them sounded a lot like this. We played lots of dead along with our other hippie favs, all the while trying to make eyes with the girls and keep ourselves spiritually lubricated. Well, that's exactly what I hear in this tape. None of the refinement or panache that would separate a Phish from a third rate frat party band like mine.

It's still a fascinating listen, especially when you juxtapose it with the Nectar's show that comes almost exactly one later. Holy cow, what a difference a year makes!

The only real reason you would listen to this snippet of music is to hear the beginnings of Phish, and that alone makes the experience worthwhile. The need to revisit this music, however, is unnecessary.

I have listened to the Scarlet, Fire on the Mountain snippet before but decided I may try to take on a bigger task of listening to Phish from the start to present time and maybe reviewing some shows here and there if they strike me as great shows. So we start in the cafeteria..

Fun to hear the banter between some girl and someone in the band pre-Scarlet and while tuning up. The quality is sub-par but we are lucky to even have any taping. Mike comes in strong with Trey behind, both are grooving and giving the songs a good singing. As a first show you can tell these guys can play and every Phish fan should listen to this piece of history. The story only grows from here....
Score: 0
2015-12-30 2:53 pm, attached to 1983-12-02

I don't know if this full show circulates anywhere. All I have access to is the Scarlet Fire. Hard to review it as anything other than an historical novelty, but it's a good listen for context.

Trey takes lead vocals, and it's hard to tell from the recording I'm listening to, but it doesn't sound like Mike participates in the harmonies in Fire. It's interesting that Trey really sings this; evidently he had not yet adopted the talk-sing style he used for most of "1.0." Mike hits some heavy chording during the first solo break in Scarlet, which I think shows he was already a pretty independent musician, and not just mimicking Phil (though there's also a lot of Phil-esque melodic bass line). Trey's guitar style is still very much in the Jerry vein -- no tension and release to speak of here, and he even breaks out the wah for the Fire transition. Jeff does solid rhythm work, but for the most part not much to write home about except some cool double-lead work toward the end of Fire. Likewise with Fish, though he does some really solid pounding during Fire.

Couple of vocal flubs during Fire, but really who cares.
Score: 0